For details, contents and extracts from my books on the Philosophy of Religion, just click any of these titles... 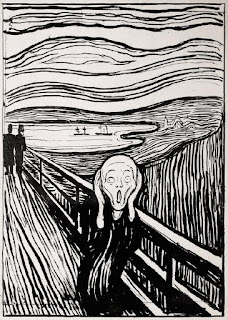 From The Philosopher, Volume CVIII No. 1 Spring 2020

THE QUESTION OF BEING:
Reconnecting Philosophy and Theology

Why has a caricature of God been allowed to dominate much modern Philosophy of Religion? asks Mel Thomson. The answer, he believes, reveals a crucial blind spot of the Enlightenment.

Is our experience of suffering and moral evil compatible with belief in a loving God?

I've written an article for latest issue of Dialogue magazine, on this question, entitled God on Trial.

You get get information about Dialogue, by clicking here. In addition, if you'd like to see my existing notes on the subject, click here

Philosophy of Religion - the challenge (my personal view)

In the introduction to his book A History of Modern Britain, 2007, Andrew Marr, political commentator and shrewd observer of the modern mores, comments on the experience of living in Britain since the Second World War:

‘In the period covered by this book, the dominant experience has been acceleration. We have lived faster. We have seen, heard, communicated, changed and travelled more. We have experienced a material profusion and perhaps a philosophical and religious emptiness that marks us off from earlier times.’ p. xxxi

If his comment is right – and I believe it is, minus the 'perhaps' – then there is no more important challenge today than to get to grips with the Philosophy of Religion. Philosophy should not be an obscure or exclusively academic subject. At its best, it is simply the willingness to think carefully about what it is we know and what it is we value. It is the process of bringing reason and evidence to bear on the assumptions of everyday life.

So the challenge of studying the Philosophy of Religion is to apply reason to religious beliefs and values, and to do so in a way that is rigorous (not being afraid to ask difficult questions) and also sensitive, recognising the key importance that religion has in the lives of very many people.

Sadly, there are plenty of religious people who do not seem willing or able to use their reason to examine what religion is about, preferring fundamentalist acceptance of dogma. Equally, there are a good number of really intelligent people (including top scientists and philosophers) who seem particularly obtuse when confronted with religious ideas, preferring to caricature and dismiss them, rather than examine why people choose to follow them.

Hopefully, a grounding in the Philosophy of Religion will be a useful antidote to both of these narrow views.

From my notes for students...

(Just click on any topic to go to the notes.)

If you think the answer to that question should be straightforward, consider this quote from St John of Damascus (c675-c750):

In other words, if you think that God 'exists' in the same way that other things exist, then you have not understood what the word 'God' is about.

The greatest challenge to the idea of God...

The Problem of Evil

Can miracles happen? What do they say about God?

And is faith compatible with reason?

Or is the whole idea of a philosophy of religion a mistake?

In my view, most of the arguments presented in the Philosophy of Religion do not get to grips with the nature of religion because they tend to identify it with a set of propositions to be believed, rather than an overall experience of life. Why has this happened? And what on earth has this to do with mountains and Wittgenstein's advice about looking? Read more...

New to the Philosophy of Religion? Here are some quick thoughts to get you started...

Is God needed to give life meaning? / The problem of evil / Science and religion / Does fundamentalism get to the bottom of it? / Eastern wisdom / Can you experience God? / Can there be a multi-faith truth? / What are the hazards and benefits of religion? / The distraction of militant atheism

Just click my image to get your discussion started....

For a fascinating dialogue between a secular Buddhist (Stepen Batchelor) and a secular Christian (Don Cupitt), held in August 2012, visit Secular Buddhism.org.

For those interested in a radical approach to Christianity, Don Cupitt's introduction, available here, is particularly valuable, and for more about Don Cupitt and his work, visit his website at doncupitt.com

Don Cupitt's ideas are a great stimulus for reflection, whatever one's own views on religion and life. Click here for what, I believe, amounts to a manifesto which any sensitive agnostic or atheist can subscribe, but which I regard as expressing the essence of what is best in religion.

Your basic introduction to the subject, ideal both for the general reader and for students at AS and A2 level.

What does the experience of war do to religious ideas?

This book, which runs from the trenches of the First World War, to New York in the 1950s, deals with issues that are absolutely relevant for religious ideas today.

Core text for the Philosophy of Religion and Ethics...

Can the lyrics to ‘Henery the VIII’ explain the problem with arguments about the existence of God?

I reckon one of the most innocently funny music hall songs ever, written by Murray and Weston in 1910,  is ‘Henery the VIII’ – although, of course, it should always be pronounced ‘Enery’ and rendered in a cockney accent.

It is also useful in assessing arguments for the existence of God. Let me explain... more

Subtitled 'a toolkit for building a better mind' this open access philosophy website is a very good online resource for those coming new to philosophy, and for students from GCSE upwards, particularly (in videos already produced) for those taking Philosophy of Religion papers. Just click here for their website.

Looking for another subject?